The Lower Susquehanna River is getting a new watchdog. Michael Helfrich, the first Riverkeeper for the bottom half of the Chesapeake Bay’s largest tributary, is leaving after 12 years, to pursue a career in politics.

Already a part-time York, PA, city councilman and president of the five-member municipal governing body, Helfrich is vacating his full-time Riverkeeper post on April 1 to run for mayor of his hometown.

“After nearly 12 years of having my focus and energy spread out over 9,215 square miles of Lower Susquehanna issues — and issues of the Chesapeake Bay — I’m now going to focus my energy on the 5.2 square miles of York City,” Helfrich said.

Helfrich, 47, wouldn’t identify his successor until the Riverkeeper board of directors signs off on a work contract. But a photograph posted on his Facebook page from his going-away party in late March shows Helfrich exchanging chugs from a jug of Susquehanna River water with Ted Evgeniadis, current treasurer of the organization, avid fisherman and a veteran of many watershed improvement activities.

“The way this is going to go is, he’s passing me the torch,” Evgeniadis said. “And I’m going to run with it to support all of the efforts and accomplishments that Mike has made over the past 12 years.” Evgeniadis and Helfrich have worked together on water quality issues in York since 2011.

Helfrich founded the Codorus Creek Improvement Partnership in 2001. It organized citizens around a section of the creek, once known as the Inky Stinky, which flows through the community of nearly 44,000 people, according to the 2010 Census.

During the organization’s first three years, volunteers and partners formed waterway pollution patrols, removed more than 150 tons of trash from the creek, and brought attention — and legal actions — against polluters. The Codorus does not stink as much anymore, partially as a result of a 2001 settlement of a lawsuit filed by York city residents against P.H. Glatfelter Co. to clean up effluent from one its paper mills upstream from the city. Following the lawsuit, Helfrich worked with Glatfelter on Codorus Creek improvement projects.

In 2005, Helfrich set his sights on bigger waters — the Susquehanna River and the Chesapeake Bay — when he founded Stewards of the Susquehanna and became a licensed Riverkeeper. Since then, he’s spent countless hours surveying the river from the back roads of south central Pennsylvania or paddling in it and its tributaries. When not in his clunky Subaru station wagon or his kayak, Helfrich was in Harrisburg or Washington, D.C., lobbying someone to do something or in countless policy meetings with state officials. Depending on a person’s position, Helfrich was seen as either an annoyance or a strong voice at these meetings. Either way, he was always a gadfly.

“The work of a Riverkeeper is not for the faint of heart,” Betsy Nicholas, executive director of Waterkeepers Chesapeake, said. “The hours are long, the work is endless, and there is strife and conflict at many turns. Lower Susquehanna Riverkeeper Michael Helfrich has been fighting for his river for twelve years — and has pushed back against a host of different pollution sources.”

Sometimes the struggle brings results. Helfrich joined other groups pressuring a local utility and the Pennsylvania Department of Environmental Protection to investigate thermal pollution from an electric utility linked to several large fish kills in 2006. After a lengthy process and pressure, PPL Electric Utilities agreed to invest $120 million in upgrades to the Brunner Island steam electricity plant on the Susquehanna between York and Lancaster counties. The utility constructed structures that lower the temperature of water used to cool equipment in the plant, before releasing it into the Susquehanna.  The project reduces the temperature spike in the river caused by the 600-million-gallon daily discharge, and eases the thermal shock experienced by fish in the area.

The upgrade of Brunner Island is one of two accomplishments of which Helfrich is most proud. The second, albeit not as neatly resolved, involves addressing the millions of tons of sediment trapped behind Conowingo Dam.

Responding to concerns raised by him and others, a multi-year, federal and state study has documented that the dam is at capacity for storage of the nutrient–laden sediment, and that it could have impacts on restoring water quality in the upper Bay. But there’s no agreement yet on how — or even whether — to deal with it. Some are pushing for dredging and removing the sediment, while others argue that the long-term solutions lies in curtailing the runoff of sediment and nutrients upriver in the Susquehanna’s watershed.

Helfrich isn’t done with river keeping completely. If his mayoral bid is successful, he won’t start his new job until January 2018. He is committed to another nine months of mentoring Evgeniadis and keeping an eye on the watershed.

“We worked hard with (the U.S. Geological Survey) and others to get Conowingo on the map,” Helfrich said. “Eleven years later, and we still don’t know what to do. I’m going to stick around for a while and help the new Riverkeeper keep Conowingo on the radar.”

(This post originally mischaracterized the role that the Codorus Creek partnership played in dealings with Glatfelter. It also misstated how long Helfrich and his successor have worked together. The Bay Journal regrets the errors.) 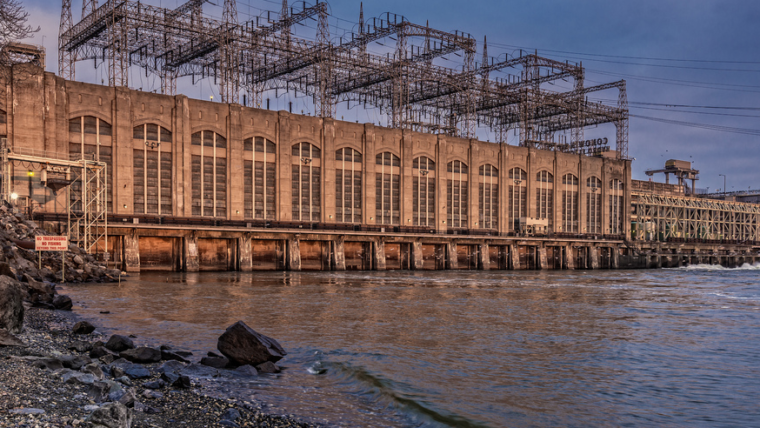 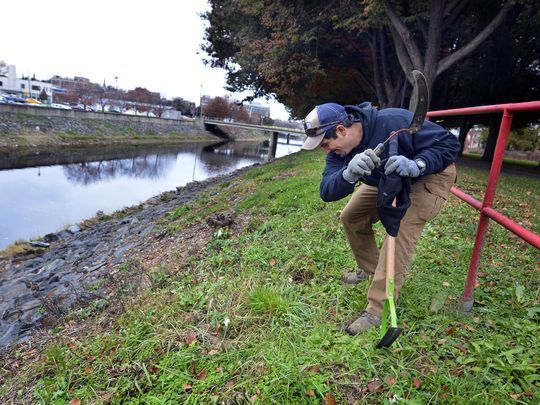