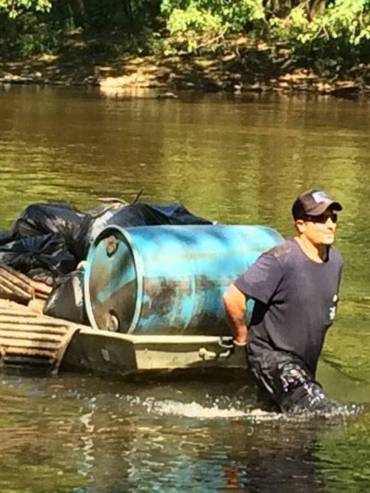 Ted spent his youth fishing New Jersey’s lakes and streams, jetty hopping up and down the coast, and wading the rocks of the Delaware River in pursuit of what lies beneath. With such a passion for water, he began studying marine biology at a local university in 2004. As a resident of York, PA since 2008, he pursued another academic career in finance. He graduated from York College of Pennsylvania in 2013 and has had experience in wealth management administration and analyzing high net worth client portfolios, family/private foundations, and trusts.

“Assuming this role has been an opportunity in the making for 30 years. I’ve always had a connection with water and I will be sure to expand on the great efforts the Lower Susquehanna RIVERKEEPER® Association has put forth for the last twelve years,” says the new Riverkeeper. He is excited to be following in the footsteps of Michael Helfrich, former Lower Susquehanna Riverkeeper. They have worked together on various projects and other issues in the past. Michael will be assisting Ted with the transition into 2018, passing down his knowledge and resources. The Lower Susquehanna Riverkeeper Association is confident we have another dedicated and loyal Riverkeeper who will fight for clean water and continue the tradition of enforcing regulations, advocating for protective policies, stewarding the watershed through cleanups and resource improvement projects, and educating youth and adults about the Susquehanna Valley waterways. Ted and LSRA will continue to pursue the goals of the Clean Water Act, swimmable, fishable, drinkable waters in the Susquehanna River and all of her tributaries.