The Conowingo Dam is owned and operated by Exelon Generation Company, LLC and its current license expired in 2014. Exelon is seeking a new 50-year license from the Federal Energy Regulatory Commission (FERC). Under Section 401 of the Clean Water Act, the State of Maryland must issue a Water Quality Certification, certifying that the project will meet state water quality standards before FERC can grant a new license.

The State of Maryland issued its Water Quality Certification on April 27, 2018, and Exelon sued the State on May 25 in federal district court, challenging the state’s authority to require any pollution reduction from upstream sources. On July 20, 2018, Lower Susquehanna Riverkeeper and Waterkeepers Chesapeake represented by Earthjustice, filed a motion to intervene in a federal court action regarding the relicensing of the Conowingo Dam, supporting the State’s authority under the Clean Water Act. This motion to intervene was denied.

In addition, our organizations filed an administrative appeal on June 8, 2018, urging the Maryland Department of the Environment to reconsider its water quality certification for the Conowingo Dam arguing that is incomplete because it is missing several key elements. The State of Maryland must certify that the dam’s operations will not adversely impact water quality under the Clean Water Act. MDE has yet to address the issues in our appeal.

On October 29, 2019, MDE and Exelon announced a settlement agreement made behind closed doors that falls far short of protecting Maryland’s waterways and requires the state to waive its 401 authority to protect local water quality from impacts of dams, without any details on how the agreement will protect water quality. Affected communities and groups, Lower Susquehanna Riverkeeper and Waterkeepers Chesapeake were excluded from the discussions. As it is now, virtually all of the substantive portions of the settlement will not be incorporated into the 50 year federal license agreement – which means there is no public input, scrutiny and, more importantly, no ability to enforce these provisions. In addition, the settlement provides grossly insufficient funds to deal with the risks that Conowingo operations pose to the Susquehanna River and Chesapeake Bay — primarily from the next large storm that will scour the millions of tons of sediment, nutrients, and debris currently trapped behind the Dam.

FAQs on the MDE-Exelon settlement

The Conowingo Dam is located on the Lower Susquehanna River about 10 miles upstream from where it flows into the Chesapeake Bay at Havre De Grace, Maryland. As a hydropower dam, Conowingo has replaced a free-flowing section of the Susquehanna River with a 14-mile-long, 9,000-acre reservoir. This fundamentally alters the river’s ecology.

Ever since the dam was built in 1928, it has changed seasonal river flow; blocked the migration of shad, herring, eel and other fish; destroyed fragile aquatic habitat; devastated the shellfish communities that naturally filtered the Susquehanna’s water; killed millions of fish caught in hydroelectric turbines; and altered the river’s natural ability to transport nutrients and sediment. Nearly 200 million tons of sediment pollution have accumulated behind the dam. During major floods caused by large storms, powerful floodwaters can scoop out or “scour” the stored sediment behind the dam and send that downstream to the Chesapeake Bay.

In the case of Conowingo there are laws that dictate how that hydroelectric dam gets relicensed such as the Clean Water Act and Federal Power Act. Section 401 of the Clean Water Act gives Maryland the absolute right to issue a Water Quality Certification (WQC) which includes conditions the state concludes would protect water quality in the Susquehanna River and Chesapeake Bay for the next 50 years of dam ownership. You may ask, how does MD make these conclusions? Five years before a hydroelectric dam’s license expires they must apply for a new license and at that time it is determined what studies must be completed to mitigate the environmental and recreational impacts of the dam.

Unfortunately, the studies which were provided by Exelon to MD were inadequate and more research was requested by the state in order to issue a WQC. One study titled the Lower Susquehanna River Watershed Assessment (LSRWA) which models sediment transport throughout the Lower Susquehanna River dams, was heavily relied on by researchers but was in fact terribly flawed. The study did not model any storm event larger than Tropical Storm Lee in 2011 which was a 20 year return flood. Not one scientist of any NGO neither the federal and state government nor any employee of Exelon knows the consequences to the Chesapeake Bay if another large storm like Hurricane Agnes rolls through our watershed. It simply is not modeled in the LSRWA or any other study known to man.

What we do know is this, scour from behind the dam is known to occur at flows of 175,000 cfs or lower. In 2018 the average flow for the entire year was 71,600 cfs and we had 26 days where flow was above 175,000 cfs at the Conowingo Dam. Captains all around the upper bay had to cease their charters due to sediment, debris and trash coming through Conowingo Dam. Believe it when we say that this dam is a ticking time bomb. The commercial seafood industry in Maryland and Virginia combined generates $3.39 billion in sales, $890 million in income, and nearly 34,000 jobs for the local economy per year. This industry will be wiped out not if, but when we receive another large storm event like Hurricane Agnes.

The Susquehanna River is a public resource and should not be sold off to a private company for exclusive use without ensuring that the impacts to the public have been properly mitigated. Our team’s work on introducing bipartisan legislation will level the playing field, as MDE will not be able to blindly waive their right to a 401 Water Quality Certification in the proposed settlement, if passed. The 401 Water Quality Certification issued in April 2018 has substantive provisions that must be considered in this settlement. It would be hypocritical for MDE to waive its right, in addition to setting horrible precedent for the state and the rest of the country. Again, the settlement provides grossly insufficient funding to mitigate the dam’s operations over the next 50 years. This simply cannot happen as the settlement provides roughly $78 million over the 50-year license term while the substantive State Water Quality Certification required over $8 billion over 50 years. Given Exelon’s profitability, a company this size should be giving back to the environment and its people what has freely been given to them, rights to a public resource for pure profit. And given their profitability, increased funding should not be an issue for Exelon. They remain to be the most lucrative utility company in the entire country and must pay their fair share for exclusive use of the Lower Susquehanna River. The financially insufficient proposed settlement poses a firm roadblock to any genuine path forward to the cleanup of the Conowingo Dam and any assurance that Maryland can meet our TMDL and climate goals. More info at http://www.conowingodam.org 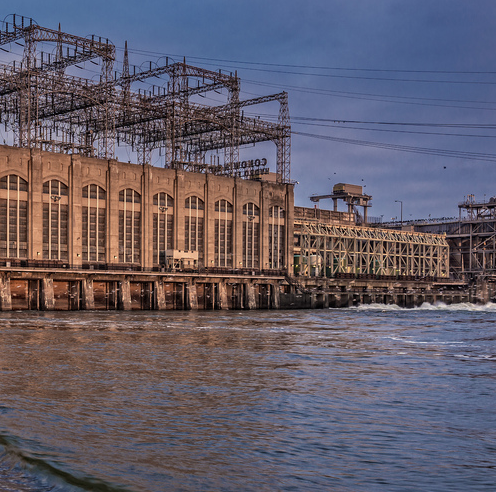 Today, the Federal Energy Regulatory Commission (FERC) approved Exelon Corporation’s Conowingo relicensing for the next 50 years. This license will include the extremely flawed 2019 settlement agreement between the Maryland Department of the Environment (MDE) and Exelon, owner of the dam. In the agreement, the State of Maryland waives its authority under the Clean Water Act to require a Water Quality Certification for the relicensing of Conowingo Dam. This certification was the only hope for the State of Maryland to make sure Exelon paid its fair share over the next 50 YEARS!