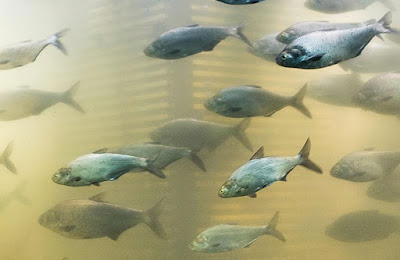 In today’s world of environmental consciousness, many Americans are aware of what the words “endangered” and “threatened” mean. You may already know that an endangered species may soon become extinct or extirpated through all or a portion of its range.

You might also know that a threatened species may soon become endangered. These two words conjure up thoughts of unique birds like the California condor, fuzzy mammals like the giant panda, or rare predators like the Bengal tiger. These animals are large or colorful.

They get a lot of publicity and are known worldwide. It’s easy for us to relate to such creatures. But there are many more threatened and endangered animals that go unnoticed by most of us.

These unnoticed animals aren’t flashy, cute or furry. They don’t live in exotic jungles or far-off mountain ranges. And you probably won’t see one featured in a news magazine or television special. One hint is that they live closer to you than you might think. If your thoughts have turned to cold-blooded (ectothermic) critters like fish, then you are on the right track.

A threatened or endangered fish might seem small and insignificant. But you might be surprised to learn just how important and interesting they really are. Most are important as indicators of water quality. Some were once important as a food resource or provided great sportfish recreation. Some have unique and fascinating life histories. Others are just plain neat to look at because of their colors. Certainly you will agree that they add to the biodiversity of all living creatures.

The words “threatened” and “endangered” might seem to have a negative aura about them. Fortunately, it’s not all doom and gloom for many of our troubled fish. Adding a species to the “list” is actually more positive than you might realize. It’s much like being sent to the hospital when you don’t feel well.

It’s really the first step toward recovery. It’s about awareness that something is wrong. Awareness leads to education about what happened and how to make it better. Education is what causes change in our attitudes, which leads to action. Action on the part of agencies, developers and citizens is what will create a brighter future for our threatened and endangered aquatic species.